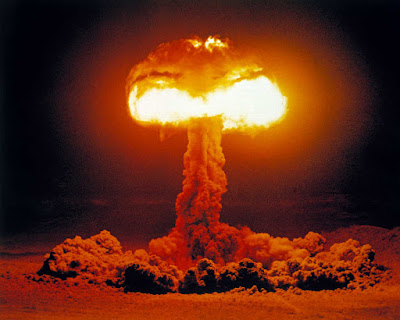 Surviving Nuclear War in the 21st Century How Likely is a Nuclear Attack in this Day and Age? Given the existence of nuclear arms reduction and non-proliferation treaties between the major nuclear powers, the risk of nuclear war breaking out is lower than it was at the beginning of the Cold War. The risk has decreased so much that many people think that nuclear war, or the prospect of it, is something we left behind in the 1950s or 1960s. However, the editors of the Bulletin of the Federation of Atomic Scientists have set their ‘doomsday clock’ to 100 seconds before midnight, signifying that the risk of nuclear war has actually increased. Indeed, international tensions have risen considerably in the last two years or so, bringing with them the possibility that a major war could break out between the world’s great powers. Naturally, a major conflict between these great powers could lead to all-out nuclear war. Evidence of increasing international tensions can be found in China’s recen
Post a Comment
Read more